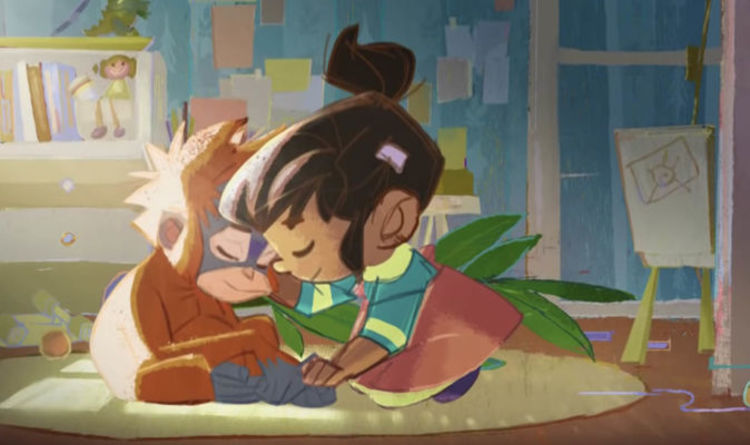 Iceland's Christmas announcement was recently banned from television due to violation of UK advertising rules.

Along with a lot of festive announcements from different companies, the supermarket decided to arrange its own to scare sales before December.

Aldi, Heathrow, Boots and ASDA led to the beginning of Christmas, and each one prepared ads with a story or a message for them.

Iceland has descended on the same boulevard, with an orangutan animated around palm oil, and has now been marked "too political."

Why was Christmas Island forbidden?

The Christmas announcement in Iceland features an orang-utan in the bedroom of a young girl who binds and spreads her possessions.

The orangutan, called Rang-tan, is placed on a bottle of shampoo labeled "contains palm oil" and scream.

Expressed by Emma Thompson, the announcement documents the "Rang-utan" trip from her devastated forest to the girl's bedroom from the palm-tree farmers who broke her habitat.

Iceland and Greenpeace have joined this year's announcement, saying the demand for palm oil threatens the Orangutan habitat.

This refers to the decision of the supermarket not to sell the products with the controversial fruit by-product, hoping to reduce demand.

However, the announcement was banned from broadcasting national television because of its potentially politicized message.

Clearcast, the body that approves or rejects ads for television and video on demand, said the ad does not meet the rules due to Greenpeace's involvement.

They issued a statement on their decision, saying: "Clearcast and broadcasters have not been able to clarify an announcement for Iceland since we are concerned about not complying with the political rules of the BCAP Code.

"The creation presented to us is linked to another organization that has not yet been able to demonstrate compliance in this area."

Instead, Iceland chose to share the video through social networks that do not work under the same rules as the mainstream television.

They shared the video with Twitter, saying: "You will not see our Christmas announcement on TV this year because it was forbidden."

"But we want to share Rang-tan's story with you … Do you want to help us share the story?"

Since then, she has received thousands of views through social media.

Richard Walker, Iceland's chief executive officer, said: "While our advertising has never succeeded in screening, we hope consumers will go to social media to watch the film, which raises awareness of a global issue important".

Iceland said it has spent 500,000 pounds on the ad and broadcast it with television stations to be broadcast in time for Christmas.