Johnston Press accepts the management agreement with the creditors 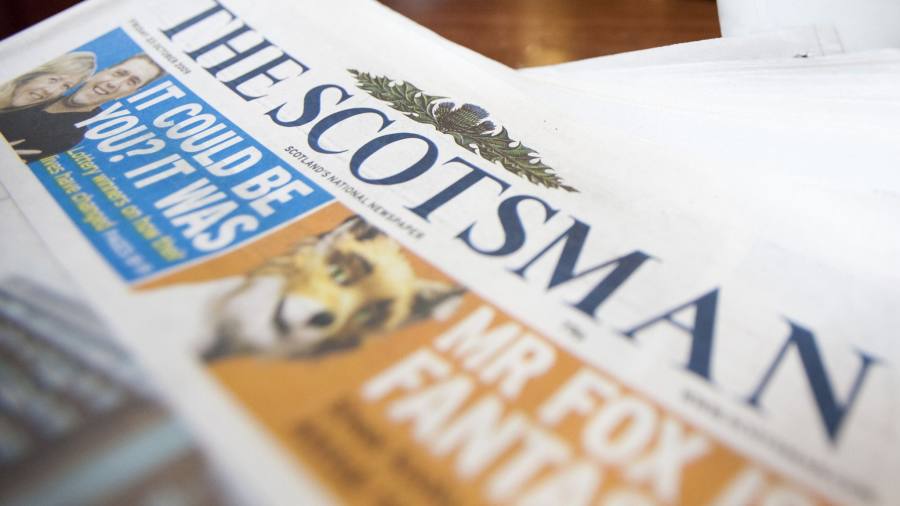 Johnston Press moved to put an end to uncertainty about his future by concluding an agreement with his creditors, which will give him control over the publisher and newspaper owner, including The Scotsman, The Yorkshire Post and The i.

The company has agreed on a pre-packaging administration that, if approved in court, will see Johnston Press's businesses and assets in a new group of companies controlled by investors holding its debt. These include Goldentree Asset Management, its largest creditor, with about 70 million pounds of bonds.

Johnston Press has been trying to stabilize its finances since March 2017, when it began negotiations to refinance a 220m pound bond, to be held in June next year, and began a strategic review of operations its.

David King, chief executive, personally told a late Friday email that the new plan will move the company into a more solid financial base. "The solution is one that aims to keep jobs, newspapers and websites," he said, adding that the company's operations will "continue to be published as usual."

Shareholders will be cleared in the plan, although the company's shares have been stagnant for more than two years, when it became clear that debt issues were insurmountable. The company has a market value of only 2.9 million pounds.

Johnston Press was put on sale on October 11, but the board said on Friday that "none of the offers that the company has received offer enough value," which led to the conclusion that "there is no value in the ordinary shares of company. "The group attracted the interest of potential buyers, the Daily Mail and the General Trust, who expressed interest in the purchase of The i, but eventually decided to keep the portfolio of titles together and file folders for administration.

Pre-packaged administrations may be controversial insolvency procedures because they allow companies to withdraw their pension and other claims. Johnston Press's pension fund, which has a deficit of 40 million pounds, will not be transferred to new owners according to the agreed plan. Instead, the company plans to notify the Pension Protection Fund, which was set by the British Government to provide retirement benefits to members of defined benefit schemes whose sponsored employers have become insolvent.

PPF, together with pension fund administrators Johnston Press, would assess whether the scheme should have entered PPF, the company said.

Mister. King, who will remain the executive director, said in e-mail that finding a solution for the defined benefit scheme, covering 250 employees, was "problematic", adding that "the negative effects on the scheme are an inevitable consequence of taking the steps necessary to ensure the future of the business ".

"After exploring a number of other options, this is the best way for action available and it is one that offers a chance for a brighter future for our business," Mr. King added. "We are very confident that this is not the end of the story, but the beginning of a new phase in which we work with the new owners of the group to form a new future."

In mid-year ended June 30, Johnston Press's total debts amounted to £ 252.6 million, with a net profit of £ 3.7 million of total revenue of £ 93 million. The stock is suspended and will be dismissed Monday on the London Stock Exchange.