Moto G7 Play appears at the FCC with a notch design, a dramatically smaller battery 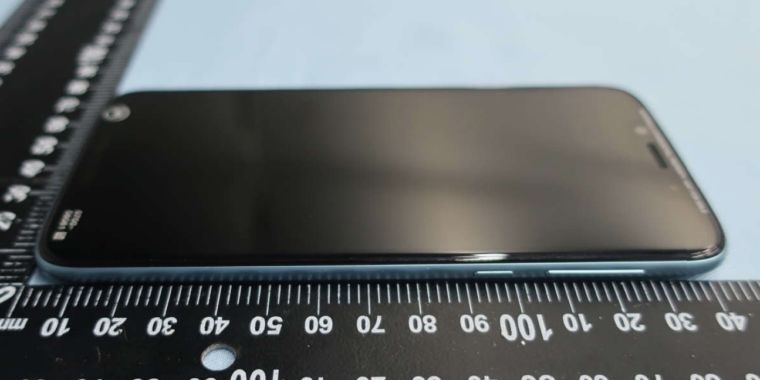 After Nokia, there are not many companies to choose from in the low-to mid-range smartphone category. The Motorola Motorola division is one of the few groups to produce a competitor every year, with the G Series coming usually around $ 200. Recently, the Moto G7 game has been stopped by the FCC, and due to the fact that our government has ignored Motorola's privacy claim, we now have many images on the device!

The images, which were first seen by Droid Life, show a phone that looks like a continuation of the Motorola One design that debuted earlier this year. There is a large, iPhone-style notch along the tip that houses a front camera, a front flash and a speakerphone. The manual features rounded corner corners and a large "Motorola" logo, which is printed on the lower frame, which has not yet been applied to the FCC's pre-launch devices. The rear looks a lot like the Moto G6 Play, with a rear flip reader that doubles as a second Motorola logo, and a round-the-go single-camera camera and a flash LED.

FCC's internal shots show a 2820 mA battery on the G7 Play, which seems to be a very disappointing disaster from the 4000 mAh battery included in the G6 Play. There are also pictures of the Qualcomm Snapdragon 632 SoC, which has eight (usually) 1.8GHz Kryo 250 cores on board and is built on a 14nm manufacturing process. This should be an upgrade from Snapdragon 427 to Moto G6 Play, which was a 28nm chip with only four Cortex A53 cores. There is also a headphone jack, a USB-C port and a microSD slot.

Motorola expects to announce four or five Moto G and Moto E devices at some point in 2019, as it did in April this year.