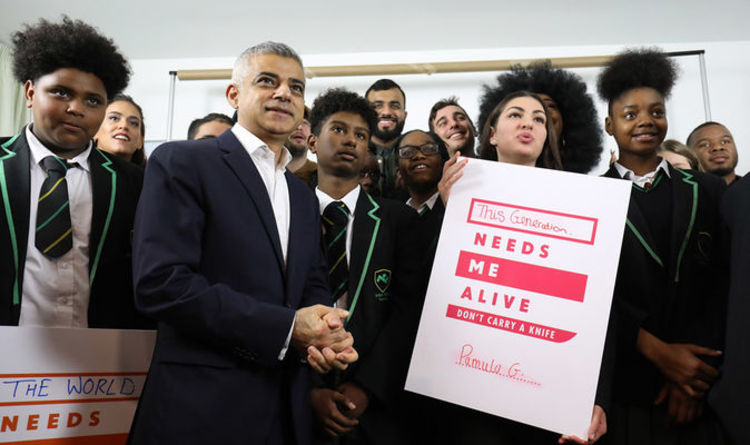 A witness described the adolescent's mother yelling at the site suspected of stabbing in Tulsa Hill in southern London on Monday.

The boy, locally named John, was a "bubble" and "mannered," according to one of his friends.

Policemen were called to report a shot at Greenleaf Close at 10.53.

Paramedics tried to save the adolescent, but was pronounced dead at 11.41.

Officers believe that the boy suffered stabbing injuries rather than fire wounds, though Met pointed out that investigations are at an early stage.

Until now, 119 violent deaths have been recorded in London this year, including two cases treated as self-defense.

The total is approaching that observed for the whole year of last year, after five fatal suspected crashes within a week.

In 2017, 118 homicides were reported in the capital, excluding the victims of the terrorist attacks at Westminster Bridge, London Bridge and Finsbury Park.

A witness of the Tulsa murder trial said the boy looked "like an angel."

Paulina Wedderburn saw that the victim's emotional mother and father were on the scene.

Mrs. Wedderburn, who has lived in an apartment in Greenleaf Close for decades, has complained about the recent violence and murder in southern London, saying it was not always so.

She said, "What's happening? What is it? Why do they have to kill each other?

"When I was raised in the '70s, if it was a fist fight, that was it. There were no knives.

"All you do is to upset your family. If you saw your mother and father, it was unimaginable."

She added that the victim's mother was at the apartments before she raised her son because she did not like to stay there.

One of the boy's boyfriends who took dinner with him the night he was killed said: "He was scary, friendly, respectful, mannered."

Two other girls said John was stabbed "five times" as he left a friend's home in his heart and stomach.

His friends told John, an aspiring rapper, and went to school at Westwood Park Campus.

Another friend, who lives in the building and did not want to be called, also thought he heard a shot before looking out the window and saw the mess.

He said, "Growing here, you get used to. You can tell the difference between a gun fire and a firework.

However, the Metropolitan Police in a statement said:There was no evidence at this point that a firearm had been discharged.

Chief Inspector Inspector Richard Vandenbergh said: "We think the victim was attacked by a number of suspects, and the altercation would have attracted the attention of those who were in the neighborhood.

"Did you see or hear anything? If so, no matter how insignificant you think it is possible, please call – your information may prove to be crucial."

Monday, Mayor Sadiq Khan warned that it could take a generation to turn the wave of violent crimes into the capital.

Victims of the recent wave of non-police deaths include Rocky Djelal's 38-year-old "adored" father who was stabbed dead in the light of the day at Southwark Park in Rotherhithe, south-east London on Wednesday .

The next day, 15-year-old Jay Hughes was killed in Bellingham, also in south-east London, with a stab at the heart.

Malcolm Mide-Madariola, aged 17, was the fatal victim on Friday, outside Clapham South subway station in southern London near the place where he studied.