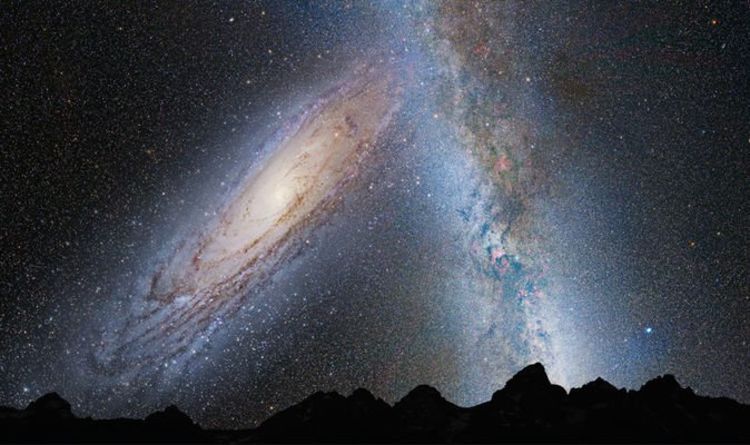 When the Milky Way and Andromeda finally collide, astronomers have estimated that the collision will give rise to a larger group of stars.

The product of this galactic collision was nicknamed Milkomeda.

Astronomers at the European Space Agency (ESA) said: “Our own Milky Way contains the remnants of many smaller galaxies that it encountered and devoured in the past and now absorbs the elliptical galaxy of the Dwarf Sagittarius.

In turn, it looks like the Milky Way will be included in its giant neighbor, the Andromeda galaxy, resulting in an elliptical galaxy called the “Milkomeda”, the new home for Earth, the Sun and the rest of the Solar System in about two billion years. “