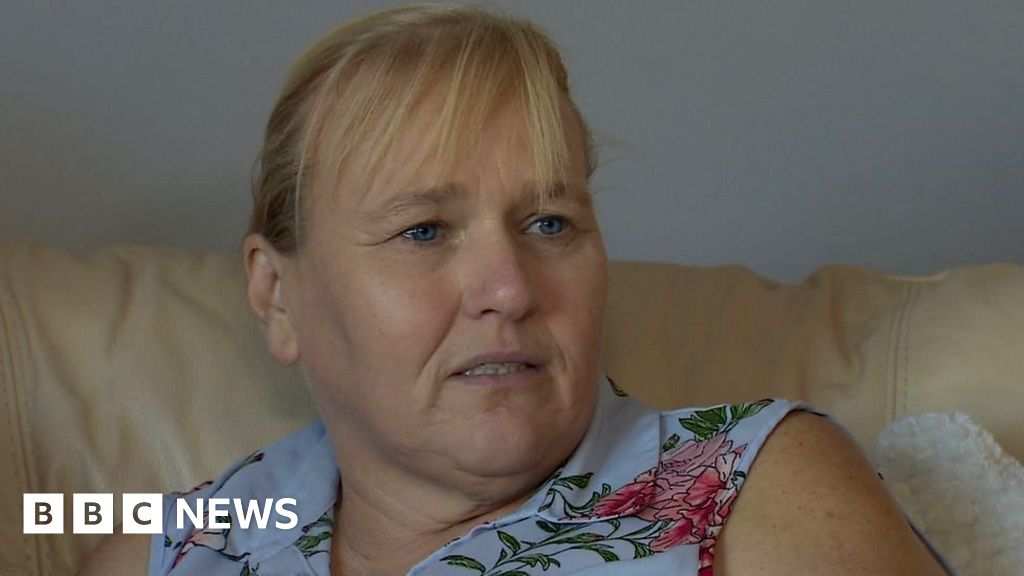 A woman who says a kidney transplant has turned into a "death sentence" after developing cancer from the donor organ requires an investigation.

Pauline Hunt, 49, from Kilmarnock in Ayrshire, thought he was given a new lease in December last year when he received the new organ.

But she now has cancer of the lymph nodes and was told she was too sick to undergo chemotherapy.

The Scottish Government has stated that it wishes to learn any lesson in this case.

The hospital and transplant authorities have insisted that all safety protocols have been followed and that the transmission of undiagnosed cancer is a known risk.

Pauline's original kidney transplant was at Queen Elizabeth Hospital in Glasgow in December 2017.

Pauline thought it was a second chance.

"I woke up the next morning and felt great. I just had this new life.

"I've been fine for a few weeks, and then I've made this raise just above the kidney bed. They said it was fluid, but by the end of January I did not feel good."

Nobody should fight someone else's cancer

Ten weeks after receiving the donor organ, Pauline told the doctor that he had to remove the kidney.

The recipient of another donor kidney – a Newcastle man – died after developing cancer.

After the emergency surgery, Pauline, a former caregiver, was diagnosed with lymph node cancer.

"I do not know how long I got, I got cancer from a donor who should have been so healthy that it would not have happened."

Pauline hopes there are changes in the system to make sure this is avoided in the future.

She said, "It should not have happened, but it did, and I can not do anything to get it back.

"But if it highlights this means something changes, then we win.

"Not even my cancer is fighting me now, it's someone else's cancer that makes it harder for me.

Nobody should fight someone else's cancer.

John Forsythe, the medical director of organ donation and transplantation at NHS Blood and Transplant, said: "We are aware of this tragic case and our thoughts are with recipients and their families.

"We can confirm that an investigation has found that all trials have been followed correctly.

"For all potential donors, we carefully check their medical history and perform new tests. If there is an abnormality during organ recovery, we will perform a biopsy."

He said donation and transplantation had to take place quickly and usually followed an unexpected death.

"In very rare cases, the donor may have a very small tumor that can not be taken up by tests that can be performed within the limited time available before transplantation," he added.

"This means that transmission of undiagnosed cancer is a known risk, although fortunately it is very rare."

A total of 4039 people had a transplant from a deceased donor in the UK last year.

The risk of transmitting a previously undiagnosed cancer from a donor to a recipient is about 1 in 2,000 transplanted organs.

Between 2001 and 2010 in the United Kingdom, 15 out of 30,765 transplant patients developed cancers transmitted by donors, three of which died as a consequence.

During the same period, 4093 patients died while waiting for transplants.

A spokesman for the Scottish government said it was "a very tragic case".

He said: "Despite the rigorous controls and tests performed on donated organs by specialized medical staff, given the limited time available for donation and transplantation, unfortunately, it is not possible to mitigate all the risks that infection could be transmitted.

The Secretary of Health seeks to ensure that all appropriate investigations are carried out under the circumstances of Ms Wright's case so that any lessons that can be learned are determined, including from the review of the NHS blood and transplant.

An NHS spokesperson Greater Glasgow and Clyde said: "The transplantation process carries known risks, including malignancy, and these are widely discussed at different stages in patient preparation for transplantation.

"In this case, two of our clinicians have both been content to continue with transplantation following this rigorous process.

Both the patient and his family were fully informed about this investigation and its outcome, which found that the situation could not be anticipated, and that the treatment and clinical decisions were appropriate and fully compliant with the strict transplant protocols. "