Trump Press Conference: Live Stream as Trump President holds a press conference after the results of the midterm elections 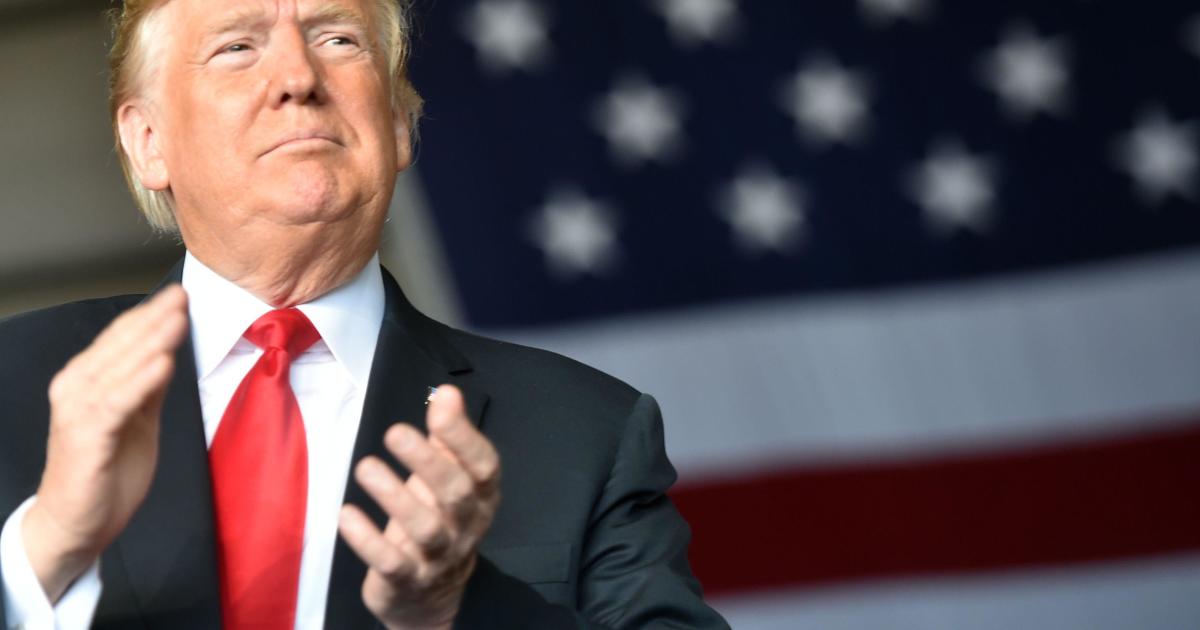 President Trump holds a post-election news conference on Wednesday, which he announced with a tweet: "I will make a press conference at the White House – 11:30 AM will discuss our success in the interwar period!"

During the 30 rallies in the last 60 days, "We have seen that the candidates I have supported have been successful last night," said Mr Trump. He faced Senate gains for Republicans. "We took a lot," he said, suggesting that the GOP pick-up will have two to four seats when votes are counted in undeveloped races.

The president also spoke about candidates such as Rep Barbara Comstock and Pete Roskam, who avoided Trump's "embrace" and suggested that this could have contributed to their losses.

"I'm not sure I feel happy or sad, but I feel really good." He mentioned Rep. Carlos Curbelo and Mike Coffman, both have lost their reelection offerings. – Too, Mike! Mia Love. "Mia Love did not give me any love, and she lost, sorry, I'm sorry for that, Mia."

He also suggested that there are advantages in not having a very small majority of 1 or 2 votes. He said he appreciated the comments of Democratic Party leader Nancy Pelosi about the bipartisan and said he believed it was possible for the divided government to be productive and produce stronger legislation.

"It could be a beautiful bipartisan relationship, Miss Trump. Later, he said he thought there would be "much less blocking." He said he would like to see a tax cut for the middle class.

Now is the time for the parties to meet and set aside the bipartisan, the president said. He also said that if the democrats investigate him, then "the government stops".

CBS News "Major Garrett asked whether the president was ready to shut down the government to finance the southern frontier wall on which the construction campaign was under way.

"I am always talking to the Democrats, I agree that a wall is needed," said Mr Trump.

He was unconditional about whether he would close the government for wall funds. Funding the department that oversaw the construction of the wall, DHS, expires on Dec. 8.

Garrett also asked about the possibility of changing his cabinet after mid-term. But he said, "We look at different people for different positions," adding that he is largely "extremely happy" with his cabinet, highlighting Secretary of State Mike Pompeo for praise. He said he was looking at Interior Secretary Ryan Zinke, though he said Zinke was doing "a great job." He would have had a better idea, he said, "in about a week."

"People are leaving," he said when asked about staff departures later in the press conference. "It's a very tiring job," he noted. The masters come to the young and leave the elders, he said. But there are a lot of people to fill all the vacancies, he said.

President Trump then became angry with CNN reporter Jim Acosta when he wanted to continue to ask the president about the camps that headed north through Mexico, and Mr Trump wanted to end the matter.

He also said, "When you report false news because CNN does a lot, you are an enemy of the people." The president told another reporter to "sit down" after calling another reporter.

Mr Trump said he would like to see more "unity" and "peace" with the media. But he again complained of what he considered to be the incorrect coverage of his presidency, citing as an example that the three networks report very little about the booming economy.

The president was asked about the special investigation of the lawyer Russia. He said, "I would have done it anytime I wanted." I did not, "he said. And he continued to say, "I think it is very bad for my country, I will tell you, I think it is a shame."

Asked about Russia, President Trump accused Russia of attaching to Crimea "President Obama's regime", although the reporter tried to tell him that Putin annexed Crimea, not Obama. He said he will meet with Putin at the G-20 summit of world leaders.

In open seats, Democrats recruited candidates with fundraising and "media support," the president said. He reminded reporters that President Obama had lost 63 seats during the periods following his election. This was immediately after the adoption of the Accessibility Care Act in March 2010. Mr Trump, on the other hand, pointed out that the House had lost 27 seats.

Although the Democrats won control of the House, Republicans increased their margins in the Senate. CBS News "Major Garrett reported that the president said he was ecstatic while he watched the results of the election coming. He focused on the final days of the campaign to help Republicans keep their majority in the Senate and this effort seems to be paid in. Early in the morning, he was tweeting about GOP "Big Victory".

However, the Democratic majority in the Chamber will make it difficult for Mr Trump to move his agenda through Congress if he does not work more closely with the Democrats. He has already asked Democratic leader Nancy Pelosi to congratulate her and even had a conciliatory tweet on Wednesday.

"In all fairness, Nancy Pelosi deserves to be elected President of the House by the Democrats. If I give her a hard time, maybe we will add some republican votes, she won this great honor!"