"Continue to Communicate with Him": Revive the controversy over Juan Gabriel's "resurrection." 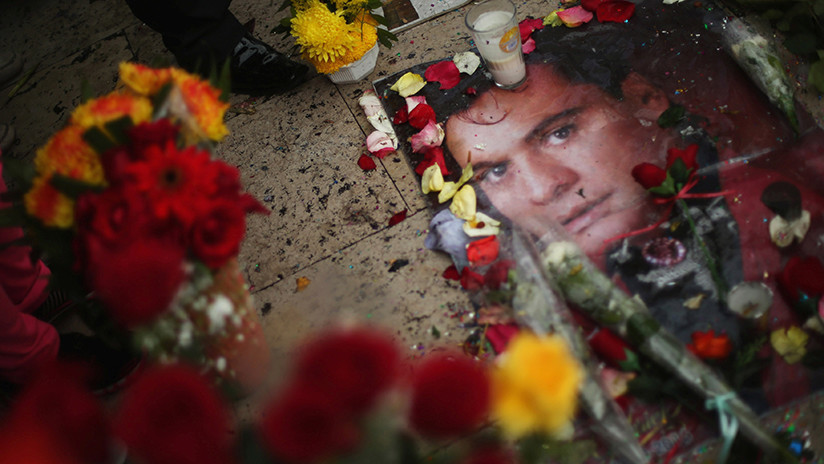 Controversy around the supposed reappearance the Mexican singer-songwriter Juan Gabriel, deceased in 2016 It is a fire that does not end up being consumed.

journalist Jorge Carbajal, who said he saw the singer alive in 2017 in the Mexican state of Morelos, said that Efraín Martínez, considered by some media as the artist's last couple, lies pointing out that "Divo de Juárez" is dead.

For the Suelta to Sopa program, Carbajal said that if Juan Gabriel died, Martinez might detail How was death and the transfer of the body, and kept saying about it to stay alive.

– I can tell you this he is alive, to stay I'm still in touch with him and that I can only say the truth, "said Carbajal interview with the entertainment program.

Last December, Martínez referred to the same program as when the Mexican artist crashed in 2016 at a residence in Santa Monica (California, USA) he asked for help to the workers in the house.

He claims to have seen him alive

On November 19, Carbajal reported that in September 2017 He had contact with the singer from Morelos (central Mexico) after the earthquake that took place in the country on 19 September of that year.

In November, Juan Gabriel's former representative, Joaquín Muñoz, said the musician he simulated death to have more privacy and return to the public eye the past December 15th, without this happening. Shortly thereafter he rectified the date, saying it would take place on 7 January, the birthday of "Divo de Juárez".

"I never said that on the 15th, I said that on the 15th day. Maybe it's the 7th of January's birthday. He told me to talk to the media to see if they want to do it on Juan Gabriel's international day, "he said in an interview for the" Al Rojo Vivo "program. never appeared.

"I thank God for another day"

On January 15, a message in the official account of Juan Gabriel put a new fuel in anticipation of the "resurrection."

into the @soyjuangabriel The message "I thank God for another day has been published, today as other days I will continue to try to be better"; the stanza is part of the singer's song "Good morning, senor soil".

Users quickly expressed astonishment, noting that the message was sent "beyond".

However, five hours later, the same account was published the second message that refuted the previous one

Today, January 15 in our country is celebrated the composer's day.
And so to heaven we send a great compliment to our beloved ones #JuanGabriel.
Who left us a beautiful heritage that today we can continue to enjoy ourselves listening to their beautiful songs … pic.twitter.com/TUHLG42plK