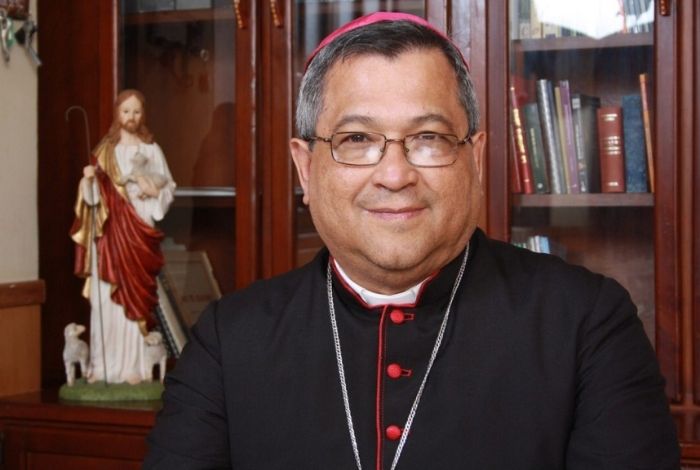 The pandemic killed the life of one of the wisest people in our Catholic Church, Monsignor Castor Oswaldo Azuaje, Bishop Trujillo, who dedicated his life to service and evangelism

“In the evening of life we ​​will be examined in love”, is a phrase of San Juan de la Cruz, the founder of Carmelo Descalzo and is perhaps the most appropriate way to review the sad death of Monsignor Castor Oswaldo Azuaje, Bishop of Trujillo, this Friday morning, January 8th.

Monsignor presented symptoms of COVID-19 for several days, for which he sought medical attention at a private clinic in the state of Trujillo. Despite medical efforts and the immense amount of prayers for his speedy recovery, God’s call was stronger.

Venezuelan Episcopal Conference He expressed his grief at the death of the monsignor, at the same time with which he remembered the hope of the resurrection. “The Diocese of Venezuela is united in grief, in communion with the Christian hope for the death of our dear brother, Bishop Cástor Oswaldo Azuaje, Bishop Trujillo. We lift up our prayers from the faith in the Resurrection that our Lord Jesus Christ promised us ”.

This man of God was born in Maracaibo on October 19, 1951 and discovered him at an early age. religious vocation.

He took the solemn vows of Order of the Barefoot Carmelites in 1974, ordained a priest on December 25, 1975 in the city of Mérida.

Carmelo from Barquisimeta remembers him as a religious of great wisdom, passionate about liturgy, music and the formation of new vocations. Dozens of seminarians, postulants and groups of lay people received his accompaniment and affection directly.

“On June 30, 2007, he was appointed auxiliary bishop of the Archdiocese of Maracaibo, receiving episcopal ordination on August 31, 2007, with Mons. Ubaldo Santana as Principal Consecrator. On April 3, 2012, Pope Benedict XVI appointed him bishop of Trujillo. The canonical inauguration of the diocese was on June 9, 2012 “, it is said in a communiqué of the Episcopal Conference.

Those who knew Monsignor Oswaldo testify about his exemplary life. A man open to the community, attentive to the needs of others and a God’s strong friendYes, as Santa Teresa would say.

His passage through the earth is extinguished, but his teaching will always remain alive in the hearts of those who loved him. Rest in peace Monsignor and the Virgin Carmen will take you to heaven!