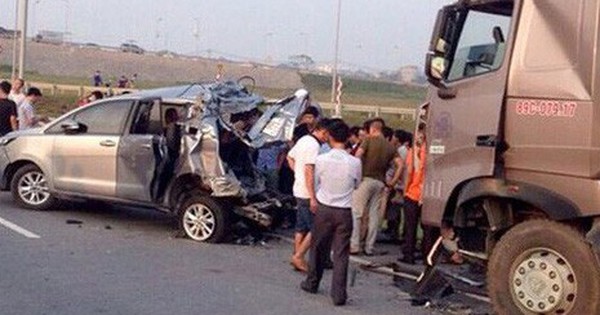 The panel of judges consists of three judges, with the participation of the Prosecutor of the Supreme People's Procuratorate. 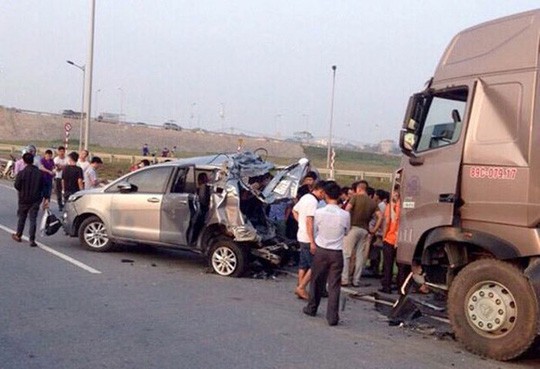 The scene of the accident

Earlier, the Nguyen People's Peace Tribunal in Thailand decided on November 2 to partially correct the verdict of the first instance, reducing the sentence for Ngo Van Son (40) from 10 years to nine years in prison; Defendant Le Ngoc Hoang (33 years old) from 8 years imprisonment to 6 years in prison for the same offense of violating land control regulations.

According to the file, on November 19, 2016, Ngo Van Son headed a Toyota Innova with 8 seats, carrying 10 people on the Hanoi-Thai Nguyen Highway. Due to the car that was going off the highway at Yen Binh (Pho Yen), the Son was supposed to go back to the right fence.

At the same time, driver Le Ngoc Hoang trailer trailer pulls trailers on the highway, speeding from 60 to 65 km / h. Near the intersection, Innova in front, about 70 meters from the red brake lights, the driver does not brake the rear-view mirrors for accelerating the brakes. On the other hand, Hoang could not move and hit the Innova's tail, causing four people to die on the spot, two wounded.

Verdict judgment has agitated public opinion, many people have voiced concern over the conviction for Huang driver. Subsequently, the Supreme Court withdrew its file to review the verdict.

On Nov. 21, the Hanoi High-Level People's Court signed the appeal against the housekeepers' review of the appeal and the first cause of the case.

As a consequence, the appeal claimed that the court of appeal found that the violation of Le Ngoc Hoang was due to the fact that it did not slow down when encountering obstacles on the road and did not ensure a safe distance. However, in order to have a complete legal and scientific basis for a comprehensive and objective assessment of the driver's crime, further clarification is needed.

In particular, it is necessary to clarify the first crash of the tractor and Innova vehicles on the scene map, which is an important basis for determining the distance between the two cars when the collision and the distance the driver hit the brake. To determine the level of error of the parties. In addition, it is necessary to clarify when the trailer vehicle loses the cruise control signal if the vehicle is placed on the scene diagram, which causes the cruise control device to lose signal.

According to the findings of the Institute of Criminal Sciences – Ministry of Public Security, the lost time signal is 52 seconds, assuming that the signal loss time is the moment when the tractor and the car accident car, according to the scientific analysis, What is the speed of the trailer?