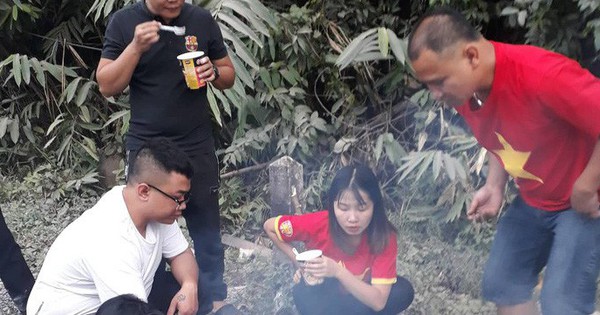 First story: Village together to Laos to watch football

"We take the bus at six o'clock in the morning, no one has difficulty, but the movement has to be a little tired," said Hoang Sang, the commune of An Su, Son Kim 1 Huong Son commune, Ha Tinh Province.

This 31-year-old man is near the Cau Treo border gate, the closest way to travel by car from Vietnam to the capital of Vientiane, Laos. People here go to Laos as simple as going from Ha Tinh to Nghe An or Quang Binh. 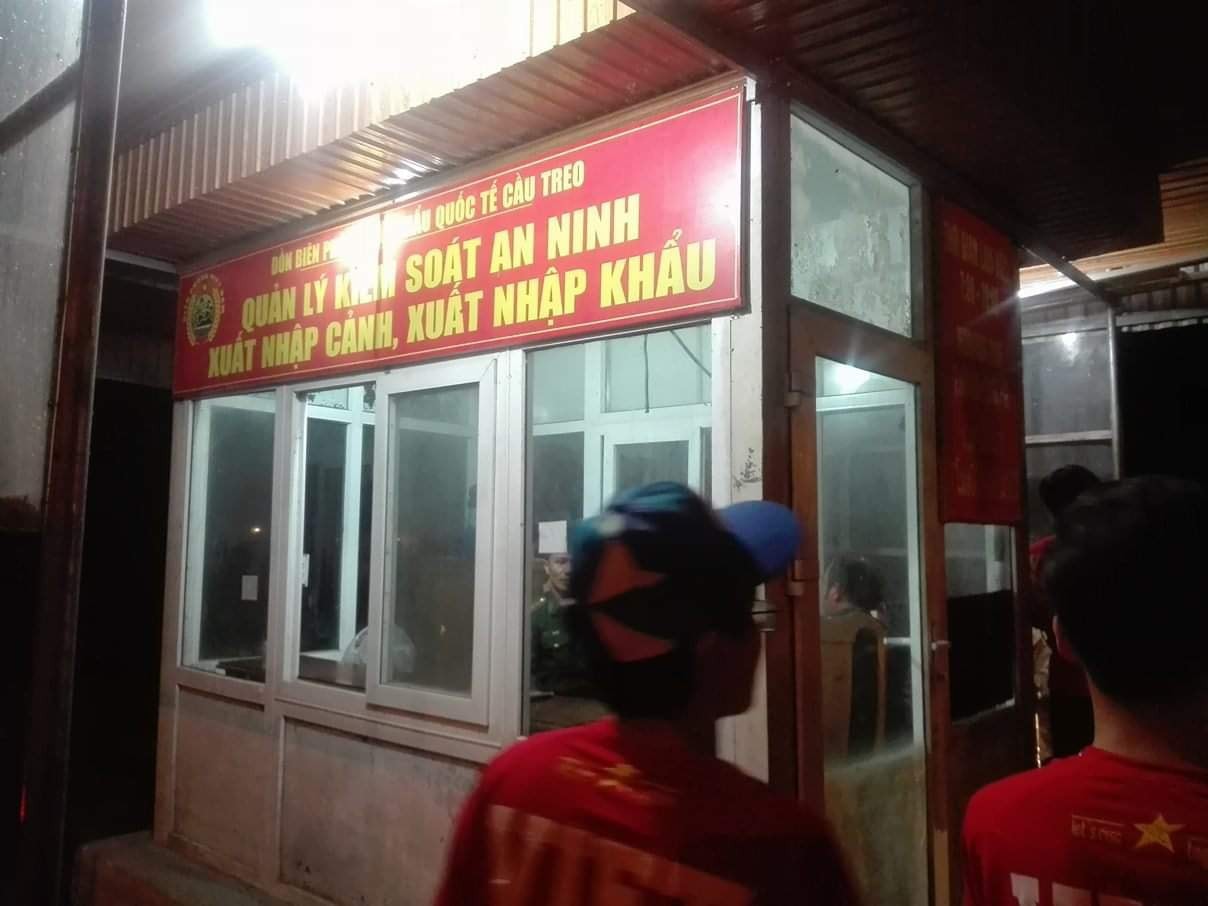 Too convenient and can not miss, Sang decided to go on the way to the Vietnam team. But not just himself.

At the moment of information technology development, people not only have the roof to hold meetings. They create groups, social groups such as Facebook to communicate easily with each other. Sang said his village has a secret group called "An Su Su", to inform villagers about the new information.

The Vietnam team meet Laos in the opening match of the AFF Cup 2018 on 8/11 is so widespread. "Who founded the association in Laos to see football in Vietnam not in the summer," wrote Sang about the team. Almost the whole village responded, who was not busy with the story on the road and packed 45 cars into Vientiane. 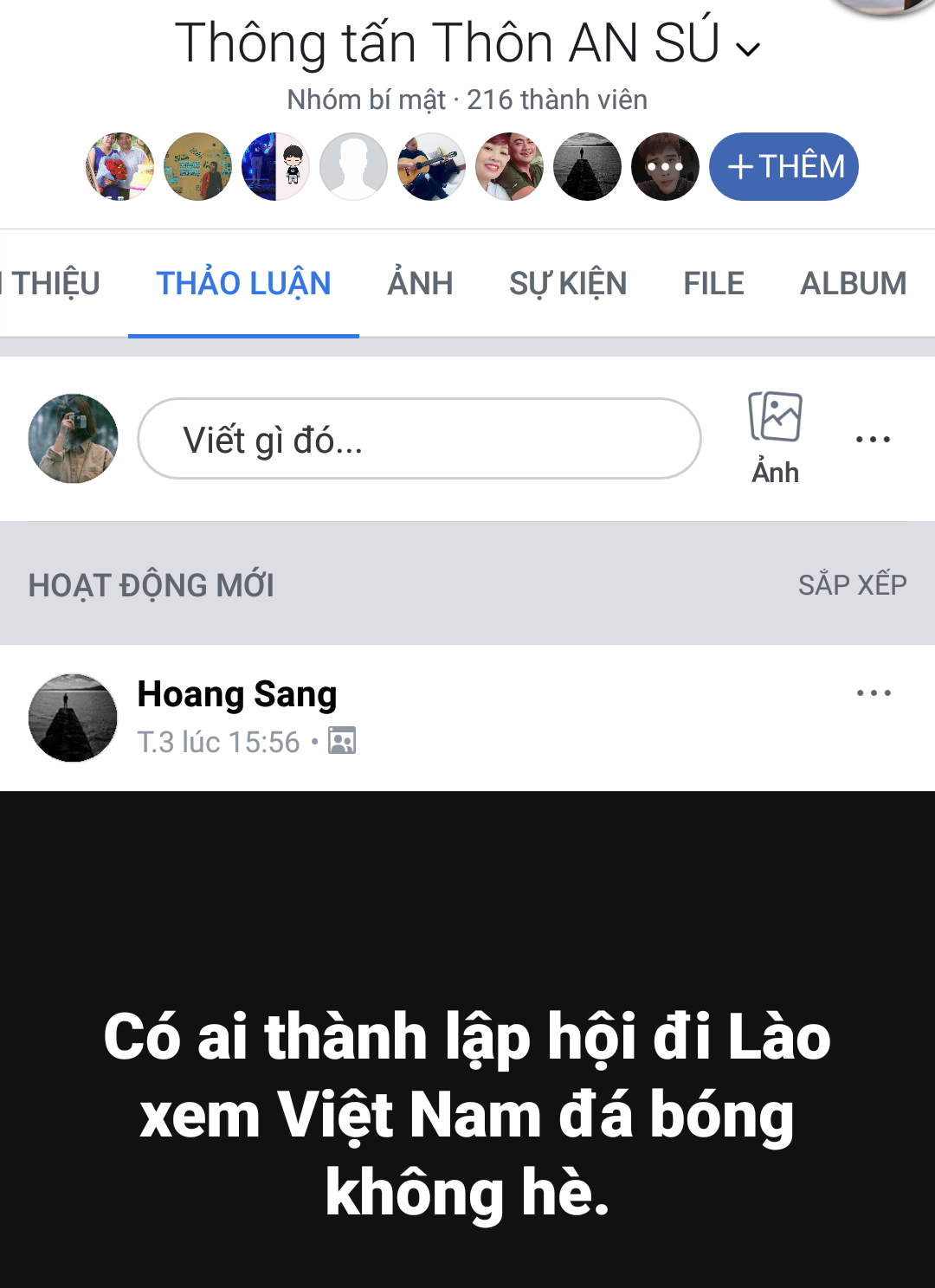 He said: "Going to the Vietnam team is hard, usually rock in Hanoi, Ho Chi Minh City, but never in the center of Vietnam this time the team in Laos, so close that we can not miss. the Vietnamese game team, but also the AFF Cup.

That's the real story of Hoang Sang. However, Ha Tinh where there is only one village and also where only one interesting place like An Su.

The second story: kitchen and field trip and passenger car

The 25-year-old followed the Vietnamese national team's footsteps through national tournaments, so nothing could have prevented them from carrying their backpacks and going to Laos.

From Vietnam, who wants to go to Laos, they have two options: road or air. A person taking the plane needs about 4 hours (including procedural time) in Vientiane, with the road, the time is six times higher. Inexpensive price is a priority for the way that most fans use. They accept the time compromise, but the risk is always there. 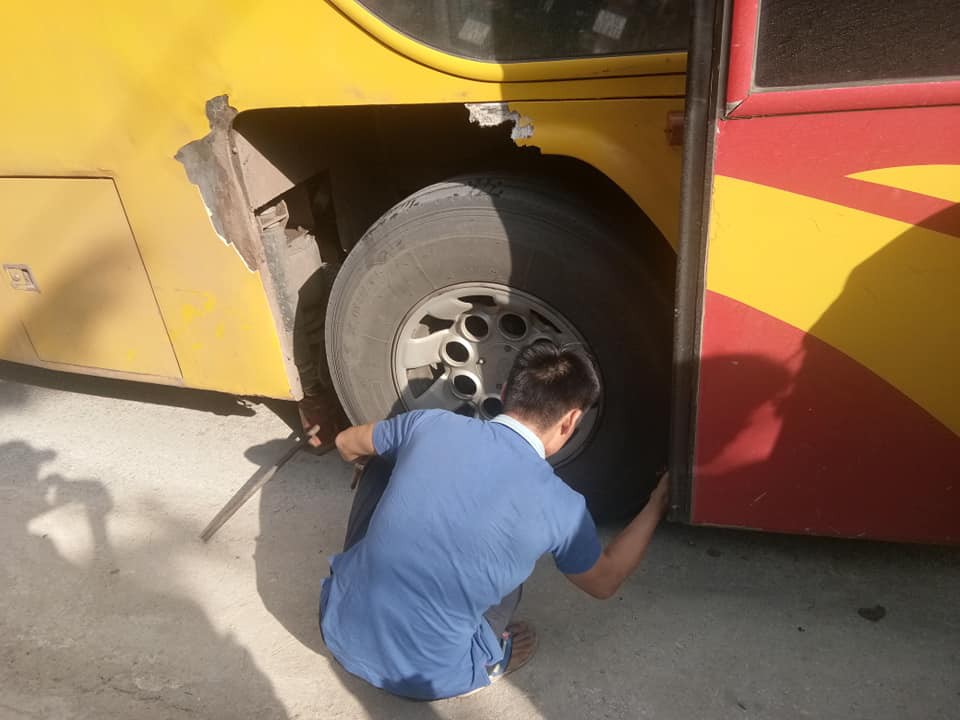 Mr. Luan said: "Our delegation has 50 people. At 11:00 am the 7/11 wheelchair in Hanoi, going to the explosion of Nghe auto tires. I have one hour rest for repair and then again 22:00 am came to the Cau Treo border gate and completed the procedures. "

However, the difficulty did not stop there, "the head of the news agency said at 22.00 hours at 8.00 am, that traffic is due to an accident approaching 12.00, with new cars continuing to roll over to QG Lao.

On the message, he just sent the reporter pictures of food on the edge of the forest road with stone kitchen, a group of firewood. They also just boiled water and eat the instant noodles brought with them, but the smile can not be stopped.

This afternoon, B will sit down again, trumpet again, shouting for two hours "Vietnam," and the boys are present at the QG Lao grass stadium. 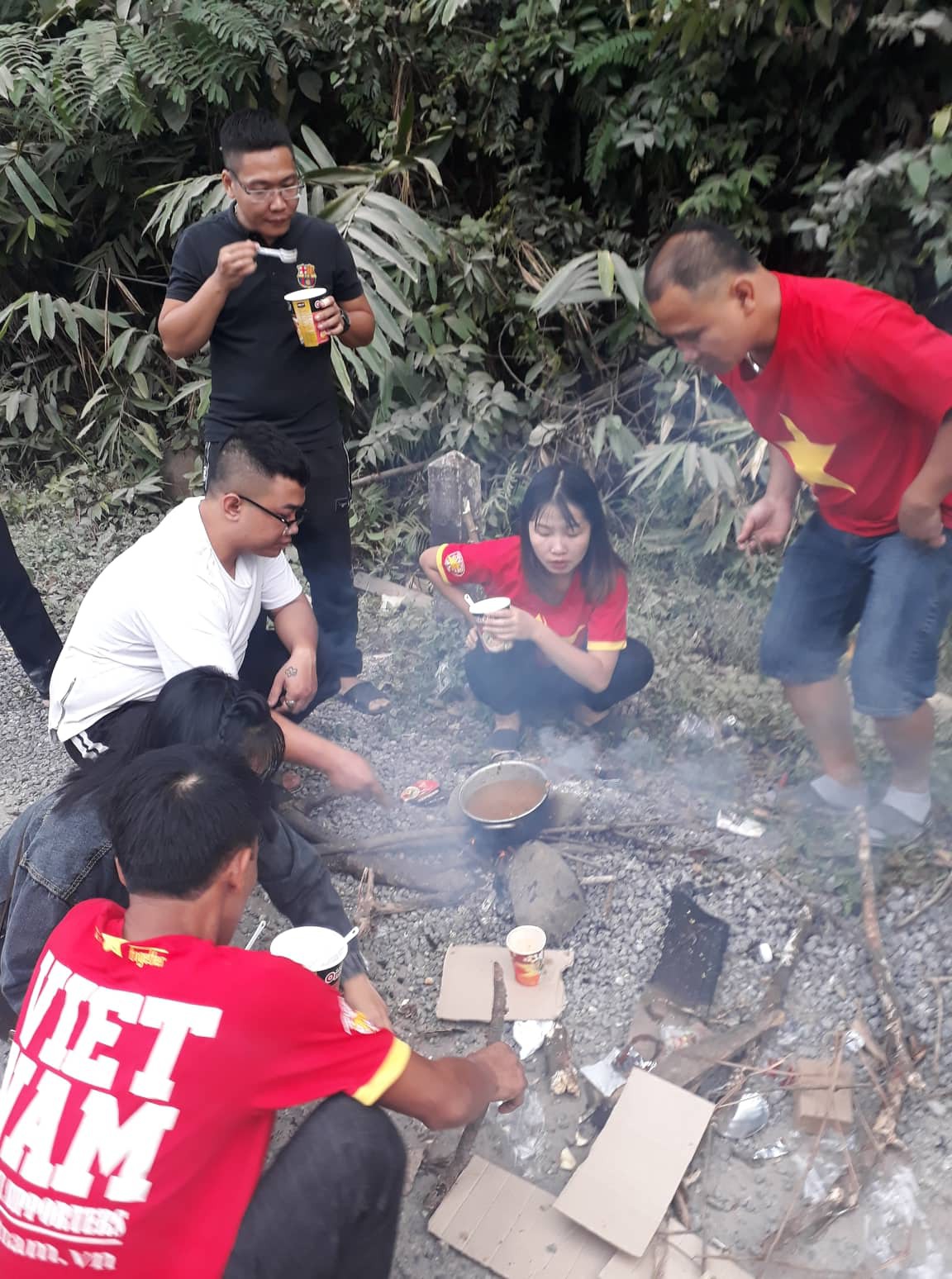 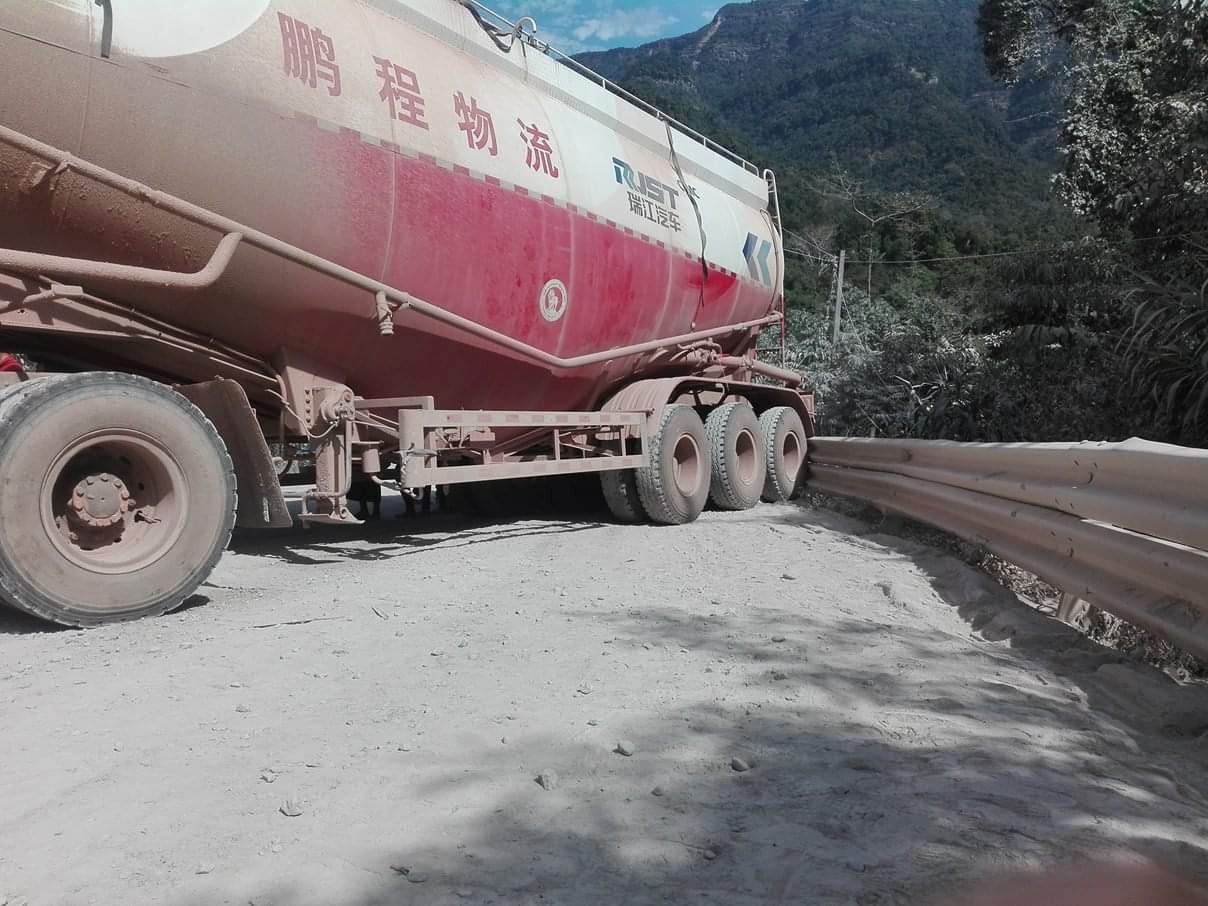 The third story: the programmer's car in Thailand

Nguyen Van Cuong, 24, a programmer in a company in Hanoi, had such a strange journey. He went to Thailand, then took the bus to the country with eleven million.

"I planned to go to Laos a few months ago after AFF Cup 2018. Coincidentally, my company reorganized to travel to Thailand. Starting November 5, I would like to let the boss spend the rest of the week to stay in Bangkok and drive to Laos to support the Vietnamese team. "

On the bus, from the Thai capital to the capital of Laos, Van Cuong presented himself with a sick car, but he still accepted the passenger car. 13 hours is a time like the girl with Cuong. "In Laos, I see that the formation of Vietnamese players is the back energy ready for the Laos team," said the 24-year-old programmer. 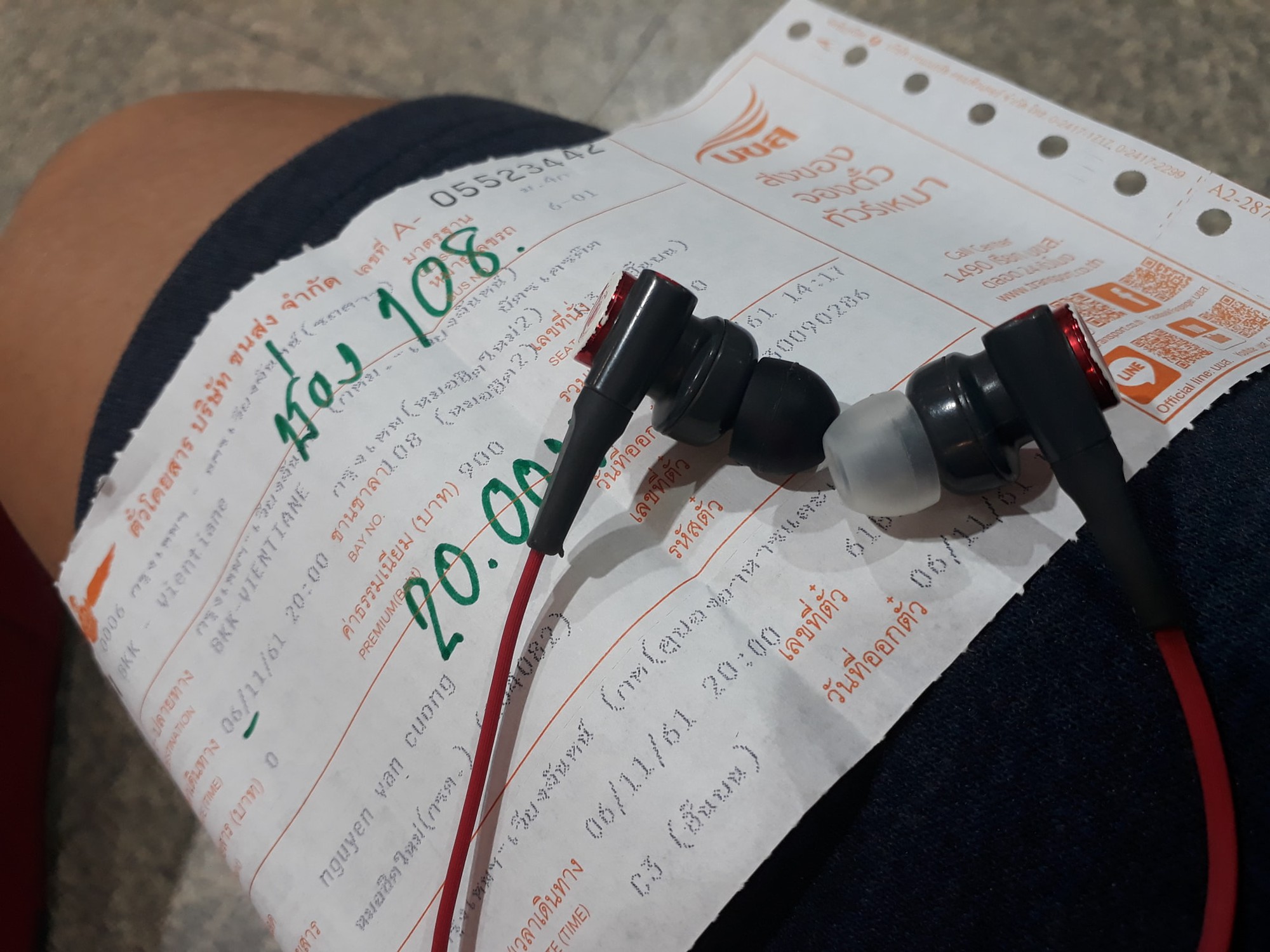 After 13 hours on the bus, drinking to say, Van Cuong was present at Lao PDR on 7/11 to follow the Vietnamese team's practice in about 10 minutes. Photo by Nguyen Van Cuong.

The journey was described by Cuong as leaving a big mind in mind. You have to go to the internet café in Thailand, thanks to a friend from Lao for charging the phone, recharging batteries and … bathing in the bus station.

Cuong said: "Riding bed from Bangkok to Vientiane to support the Vietnamese team at the AFF Cup with great faith for victory, I also experienced memorable memories that I never thought you were paid."

19h30 (8/11), Park Hang-seo coaches will win not to survive the country's fans overcame difficulties in Laos to pull the team.