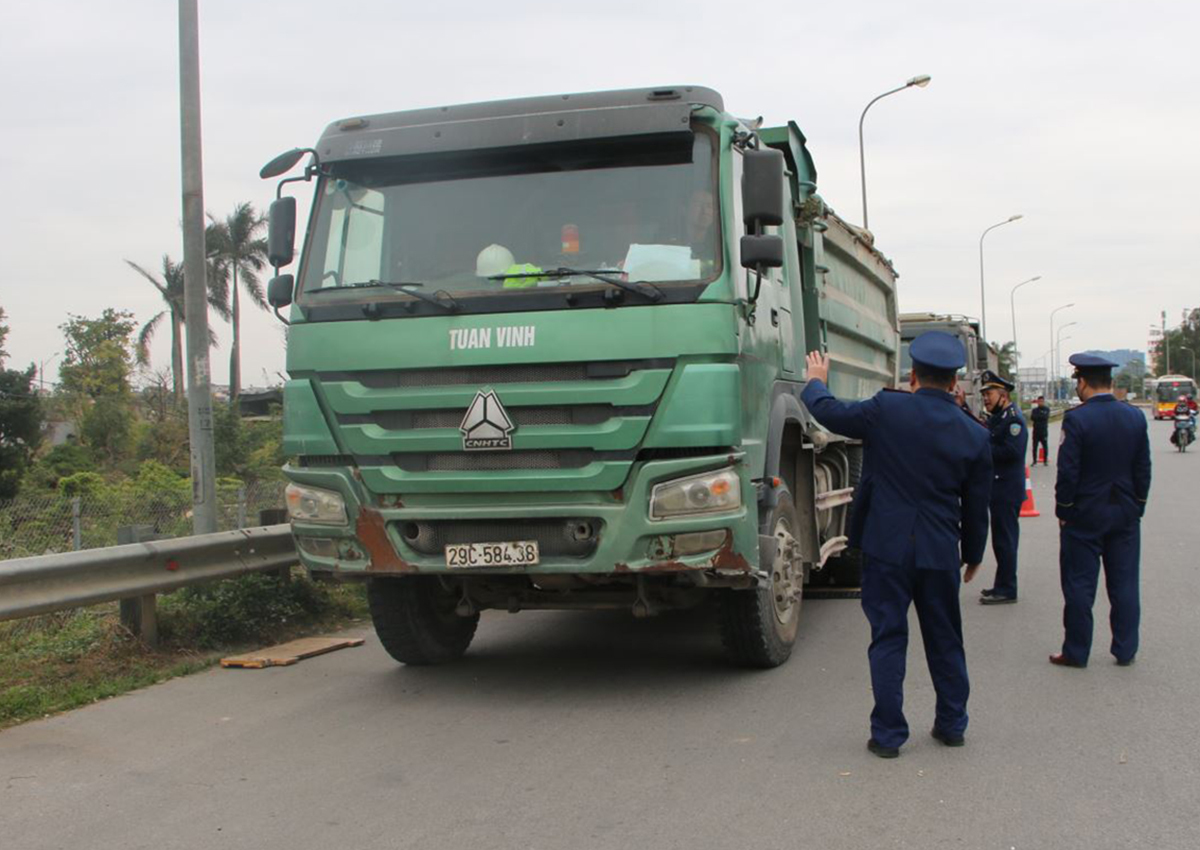 HanoiTraffic inspectors discovered and manipulated two cars that violated the load on the Thang Long bridge just after the bridge opened.

On January 8, the traffic inspection team from the road administration department we patrolled on Vo Van Kiet Street, north of the Thang Long Bridge, discovered two Hanoi marine trucks going in the direction of Ring 3 – Noi Bai Airport. signs of overload. When asked to stop, the two drivers proved uncooperative and continued to make phone calls.

After the scale checked the load, the inspection team recorded a cargo truck that exceeded the vehicle’s load by 106%; 54% over the load of the bridge and the road; the other vehicle is 87% overloaded according to the vehicle inspection certificate; 47% of the allowable load of bridges and roads.

The road inspection team administratively sanctioned two drivers and two vehicle owners for their behavior handing over the vehicle or assigning the employee to drive the vehicle in violation of regulations.