Vietnam is not the same class as Thailand 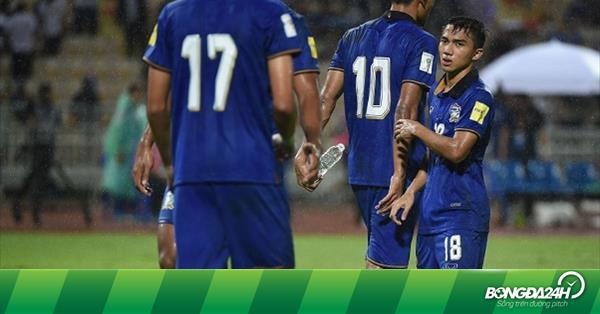 According to the former Singapore player John Wilkinson, Vietnam Tel is strong enough but can not be at the same level as Thailand.

Vietnam is not the same class as Thailand

In a recent part of the Manado court, the former star in Singapore, John Wilkinson, made the assessment of potential AFF Cup candidates in 2018. According to the former player, in South East Asia Only three teams can qualify for the championship.

"Indonesia, Vietnam, Thailand are too strong for the rest of Southeast Asia, in particular, Thailand has reached a high level." They are at a totally different level from the local teams Three or four years ago, Thailand was far behind other rivals, "said John Wilkinson.

Despite being the best team in the league with four championships, Singapore is not very well seen in this year's tournament. It is also understandable that the titles they have acquired come from the players' naturalization policy.

Commenting on Singapore's forthcoming match against Indonesia, Wilkinson added: "The first match is always the most important thing, if you win, you will have a lot of confidence, if Singapore can beat Indonesia, the chances of going through the group stage will be huge.

The Thai coach appreciated Vietnam at the AFF Cup
In a recent statement, coach from Thailand, Milovan Rajevac, admitted that Vietnam is their most dangerous opponent in the AFF Cup of 2018.

Coach Park Seo is ready to rebuild AFF Cup 2008
At the threshold of the AFF 2018 Cup, coach Park Hang Seo has confirmed that the psychological fear of Vietnamese football in Vietnam does not appear in the upcoming tournament.