A scientist created the first child in genetically modified life. Why spells?

You may have recently seen one of the following titles saturate the air waves on a Chinese scientist who defies global ethical and procedural norms by penetrating and using CRISPR technology in real-world human experiments: 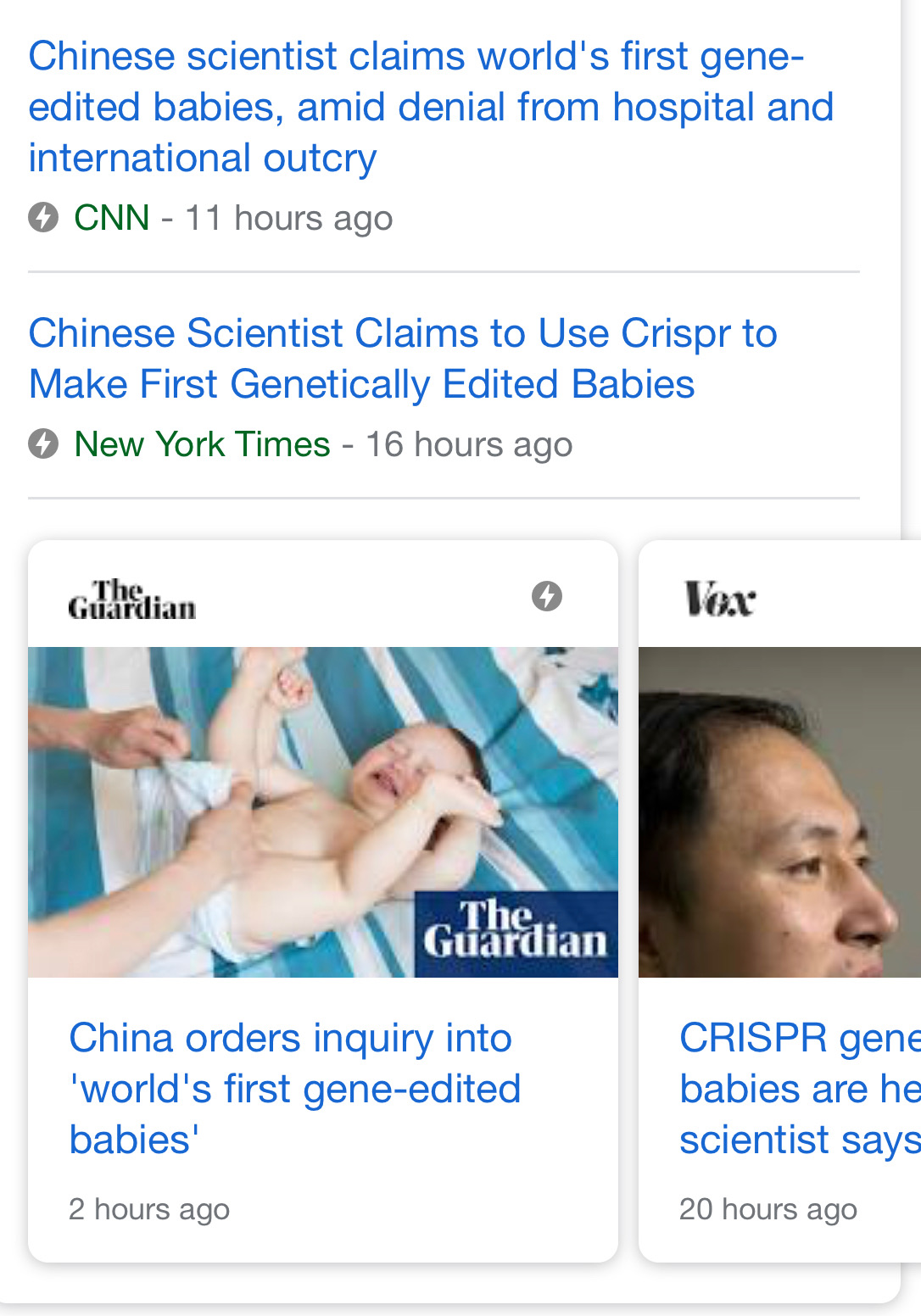 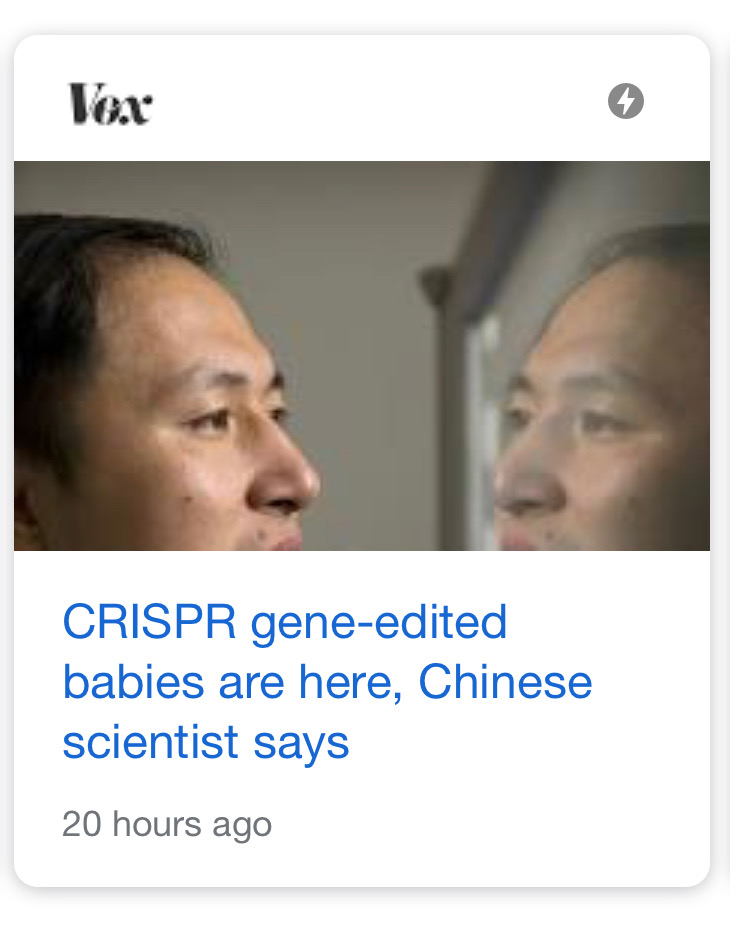 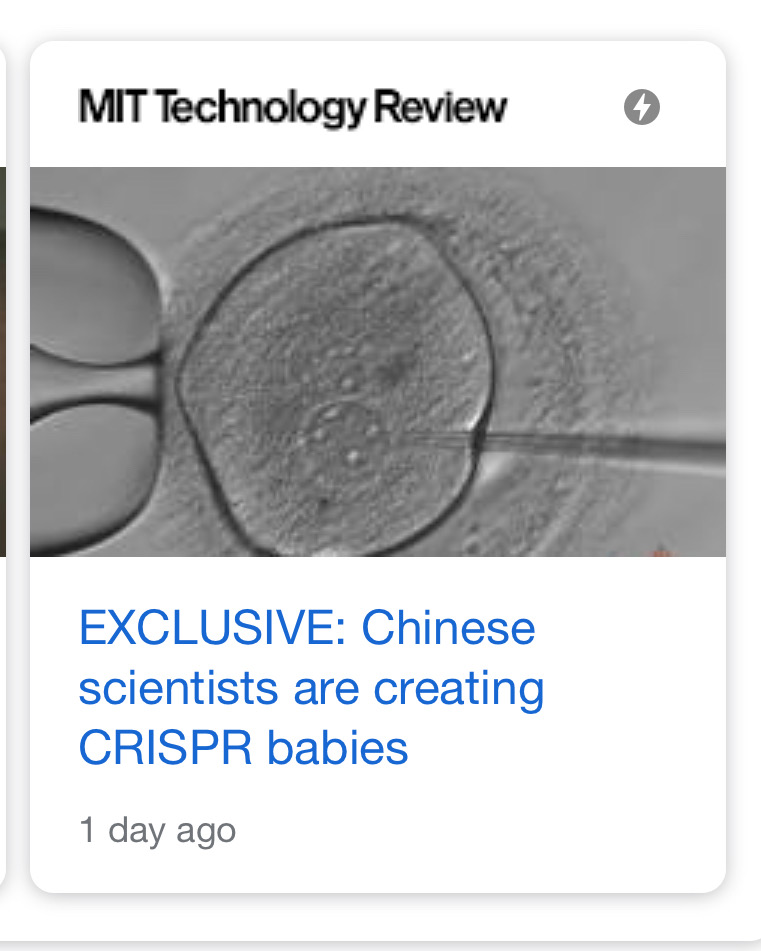 Why is it a big deal?

Bioethics and scientists around the world are lambasting the work of researcher He Jiankui of Shenzhen as unethical, defying current standards and using CRISPR-cas9 technology to modify reproductive DNA.

He says that the twins were born as a result – the first to happen in the world. But choosing to report his secret research on YouTube, rather than through traditional channels, such as revisited journals by counterparts and avoiding independent verification, nothing can be confirmed outside of his word. In this process, a fire storm has been created with several regulatory agencies that initiate investigations.

From a bioethical perspective, the scientist is in deep hot water. He betrayed a deep and collaborative science that hinders progress in the future, encouraging mistrust in the transparency of science and the actions of scientists. More importantly, the twins they claim to have "genetically modified" could be very at risk, given our lack of knowledge and possible negative effects, such as this gene change may facilitate.

The potential of the technology lies in the possibility of preventing or treating serious diseases. A big problem with using it too quickly in human experiments like this is the gene (s) being edited is not limited to that person to repair a disease but rather becomes transmitted to future generations. In addition, by deactivating one aspect, we can allow another whose influence is unknown.

The current limited use of gene therapy, for example, in adults or children, affects only that individual and their life-threatening severe disease – when all other pathways are exhausted. In rare cases of use in these situations, the risks of side effects of treatment, which may be significant, are compared with the likely natural course of the disease.

Even CRISPR co-founders demand an immediate moratorium on human studies

Feng Zhang, one of the co-inventors of the CRISPR gene editing process, has called for an immediate moratorium on the use of technique in children that suggests that the risks are greater than the benefits accrued. (1)

The scientist justifies his actions because he used the technique to create a child with resistance to HIV infection. Quite a lot remains the rest of the scientific community, as there are already ways to avoid HIV infection, treat it and prevent the child from going through this choice by being outside the very narrow window of the severe, incurable disease that was discussed preliminarily on this issue when thinking about the guidelines. Since we do not know what injury can bring to children and their offspring, the governing bodies consider their effort an abuse of science and our current understanding.

Although I appreciate the global threat posed by HIV, at this stage, the risks of editing embryos to knock out CCR5 seem to outweigh the potential benefits, not to mention that CCR5 beating will probably make a more sensitive person for West Nile Virus. Equally important, there are already common and highly effective methods to prevent transmission of HIV from a parent to an unborn child.

Given the state of the art, I am in favor of a moratorium on the implantation of modified embryos, which seems to be the intention of the CCR5 process, until we first prepare a set of safety requirements.

Not only do I see this as risky, but I am also deeply concerned about the lack of transparency around this process. All medical advances, genetic changes or others, and especially those affecting vulnerable populations, should be carefully and carefully tested, openly discussed with patients, doctors, scientists and other community members and implemented in a way fair.

In 2015, the international research community said it would be irresponsible to proceed to any germination without "a broad consensus on the adequacy of the proposed demand." (This was consensus from the International Human Genetics Summit in 2015).

I hope the next summit will serve as a forum for deeper discussion about the implications of this news and will provide guidance on how we as a global society can best benefit from genetic publishing. "

The reality is that this scientist has violated the basic bioethical principles for society in general and given how much is unknown, it is unclear whether he could actually give individuals in the process fully informed consent. He did not invent this technology, so being the first to use it in this way reflects more zeal than intellectual achievement. The world scientific community has detained in this arena, knowing the extraordinary ramifications of the game. The way in which the scientific community and China deal with this rogue "scientist" will tell us more about how consensus statements on restrictions and strict supervision of CRISPR-Cas9 will be applied – or if we have decided that anyone can open Pandora's box.

Feng Zhang and I both participated in the Center for Excellence in Education (CEE), the Institute for Scientific Research (RIS) – not at the same time. To learn more about the program, check out this song "What Joe Lieberman and Ted Cruz Agree: STEM" on this link here.