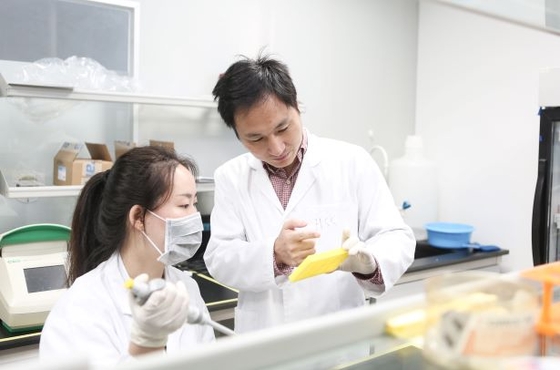 A major international summit on gene editing was opened Tuesday in Hong Kong under the umbrella of a recent scandal: Researcher He Jiankui claimed Monday that he has edited genes in embryos to make them resistant to HIV, causing uproar from international scientific and academic communities.

Feng Zhang, one of the founders of the CRISPR Cas9 technology used in He's experiment and a professor at MIT, told Caixin that DNA editing has a long way to go before being used in embryos.

"Fundamentally, I do not think genome editing is ready to be applied in embryos for implantation purposes. There are still technical hurdles we have to solve, "he said.

He also expressed the outrage that babies had been exposed to unnecessary risks. "There is a standard protocol for treating mothers who are not HIV-positive," Zhang said. "Given that you have a well established and safe procedure, it is completely unnecessary and irresponsible to expose the child to this level of risk."

Zhang also issued a statement Monday calling for a moratorium on genetic editing of human embryos until comprehensive safety measures were introduced.