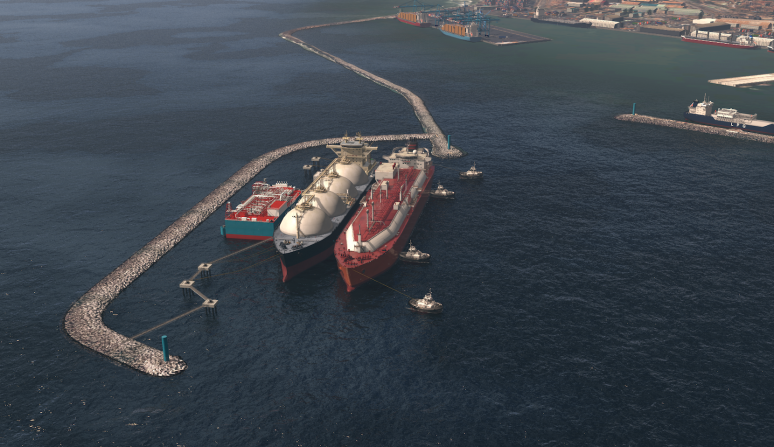 Ghana has taken over the first offshore liquefied natural gas (LNG) receiving terminal in sub-Saharan Africa, allowing it to start delivering LNG to customers in the first quarter of this year, the terminal operator said.

The LNG issue, which is backed by UK-based Helios Investment Partners, said in a statement that a floating regasification unit (FRU) built by a subsidiary of China State Shipbuilding Corporation arrived in Ghana on Thursday.

Shell will supply LNG under a long-term contract, and the gas will be delivered to Ghana’s utility customers, he said.

“Once operational, this FRU will allow the Tema LNG facility to receive, re-gasify, store and deliver approximately 1.7 million tonnes of LNG per year – 30% of Ghana’s overall capacity,” the project manager said. Edmund Agyeman-Duah in a statement.

Ghana has been trying an LNG import project for years, but two leading operators, Golar and Hoegh, have withdrawn due to contract delays.

Even though the LNG trade is growing worldwide, offering ecological benefits over other fossil fuels, Africa is not expected to become a major importer due to its vast gas fields, many of which are not yet commercially developed.

Ghana, West Africa’s second largest economy and a major producer of gold and cocoa, suffers from an insecure electricity supply.

“As evidenced by similar fast-growing economies in Asia and Latin America, the introduction of LNG into the energy mix serves as a catalyst for industrial and economic growth,” said Ogbemi Ofuya of Helios Investment Partners.